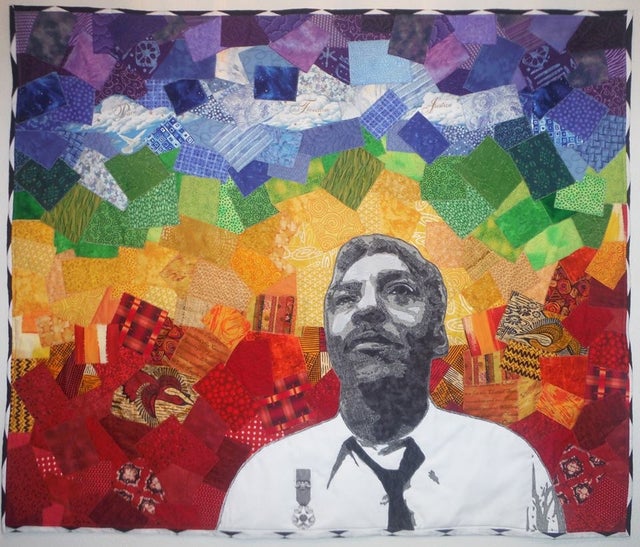 This art quilt serves as a tribute to the life and work of Bayard Rustin. He was a leader in social justice movements for civil rights, pacifism, non-violence, and gay rights. The implied rainbow and words in the clouds in this work speak to the many causes for which he worked and his love of all things hand made by marginalized artists. His necktie with musical notes is a nod to his love of music and time as a musician. He wears the 2013 Presidential Medal of Freedom on his chest.

This piece is lovingly dedicated to Mandy Carter. In recognition of her tireless work toward community education and leadership, in particular her work toward the recognition of Bayard Rustin’s life and work. The work was purchased through community collaboration as a way to say thank you for her work.